A Venue
with
Rich History

Mount Vernon Estate, situated in the heart of Mid-Ohio, consists of nearly 90 acres of idyllic farmland, forest, and meadows.
Architecturally inspired by Washington's Mount Vernon, the home was built by Chester and Ezra Koons, two brothers who resided there with their families. The property later housed The Washbrook Motel, a historic Ashland County staple. Not much is known about what occurred on the property between the closing of The Washbrook and 1963 when it was purchased by Bernard and Helen Jane Murtaugh in an auction for $36,000.  The Murtaughs lived at what is now Mount Vernon Estate with their nine children for over 30 years before selling it to the Sandbergs in 1994. For the last 30 years, the stately home and its massive acreage have served as a subject of folklore and admiration for Ashland County residents and passersby alike. 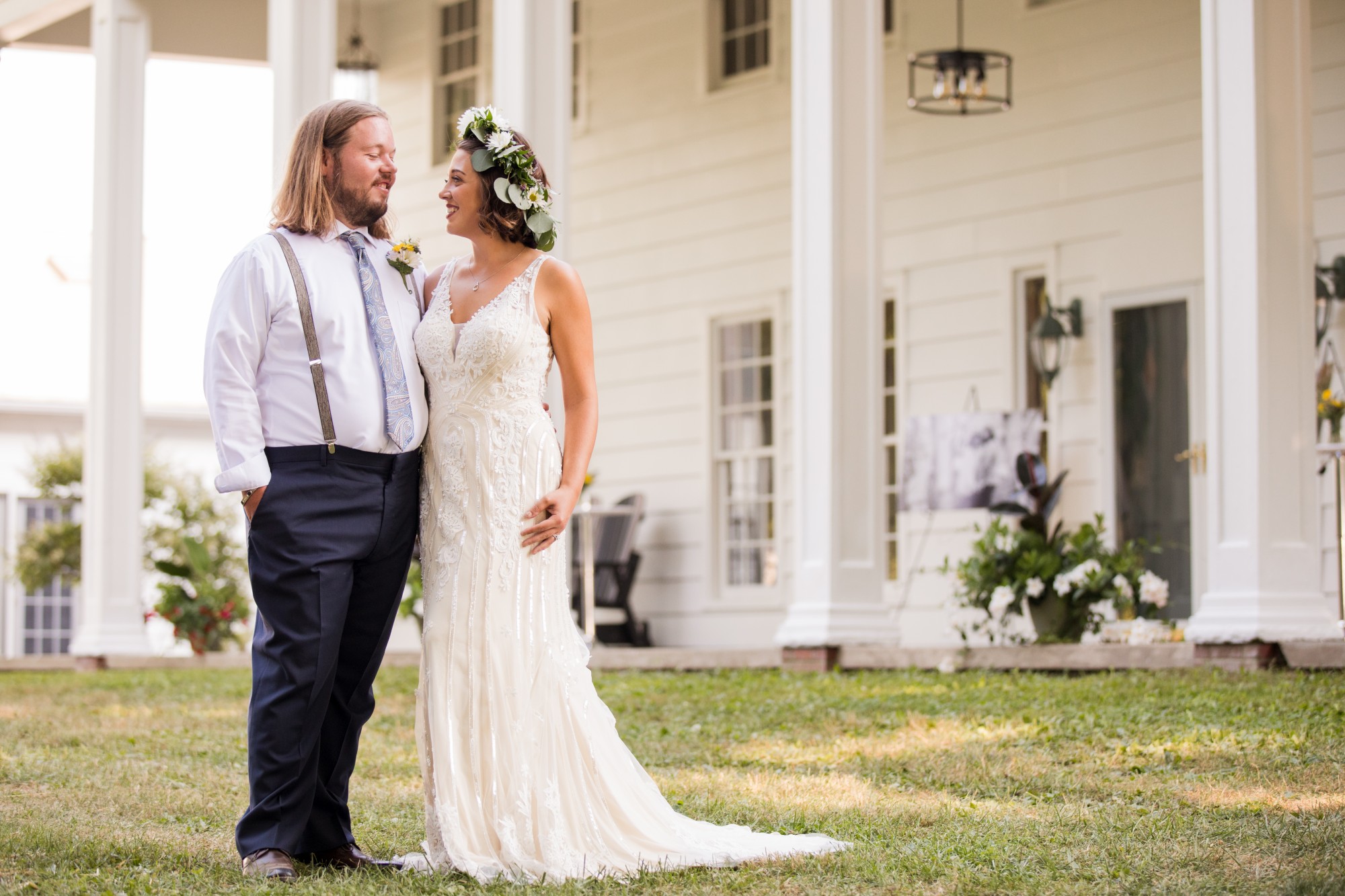 The Mount Vernon Estate property was purchased by Ben and Brenda Uselton in 2017 and hosted its first wedding the following August.

Since that time, Mount Vernon Estate has undergone a multi-million dollar renovation, restoration, and reimagining to create a one-in-a-million venue where couples, families, and companies can gather, celebrate, and create lasting memories.

Mount Vernon Estate is a fully-realized fantasy, rich with history and ready to welcome you and your guests.